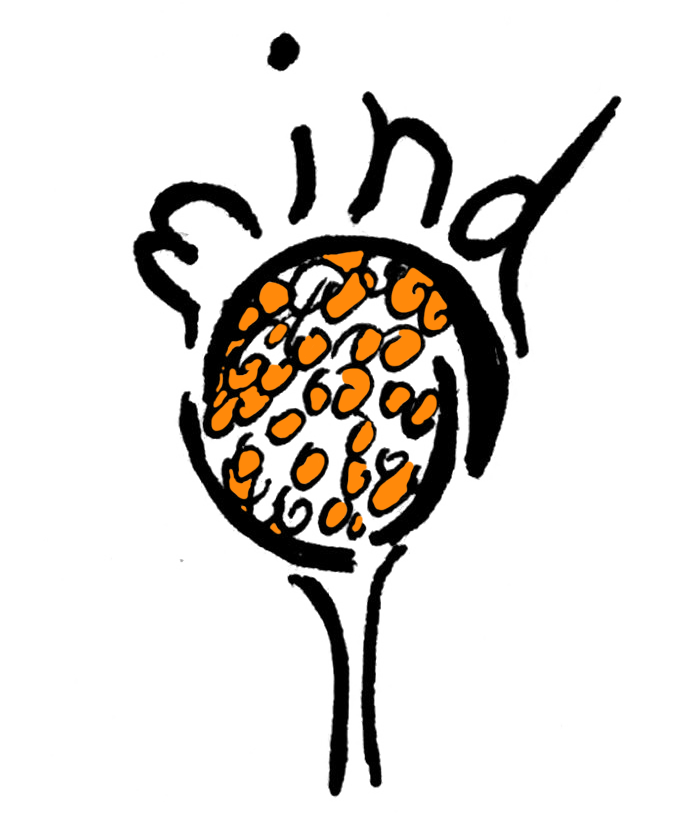 Cool mindz aims to help you to live more consciously by giving you the right tools to facilitate growth and awareness in your everyday lives.

As your transformation coach my goal is to empower you, so you can make a difference to those around you, which in turn will impact positively on your sense of self and the role you play in the world and society, to lead by example, but more  importantly, to lead from within.

Combining the awareness of mind, body and soul, and using creativity as the main point of focus, we will use our individual thoughts and ideas to grow your strengths and diminish the things that hold you back.

I make use of tried and tested techniques I’ve refined over the years, as well as some I’ve adopted from other influential cool minds. To top that, I have a whole new bunch of tools I’ve intuitively put together using my own “cool mind.”

When you embark on your own personal journey, you become better equipped to be of assistance to others, and my desire is to support you in your discovery.

It will blow your mind

I work according to what is important for each client. Each lesson builds from one theme to another and involves discussions where we investigate and interrogate ideas you may have about yourself or the world in general.

I use doodling as a tool to help you communicate and express yourself creatively. This is how we find your unique voice and motivation to embrace the ideas you have which ultimately will lead to self-discovery and a unique way of expressing yourself.

I’ve created visualization exercises and work strongly with affirmations, sometimes created specifically for you, so you have a different one for each lesson. I have a wealth of resources to dip into that I draw on according to what you need from one moment to another.

As we move along I will be guiding you and providing you with as many tools and techniques as I can, to empower you, so you can independently navigate your journey and step into your own power and purpose. 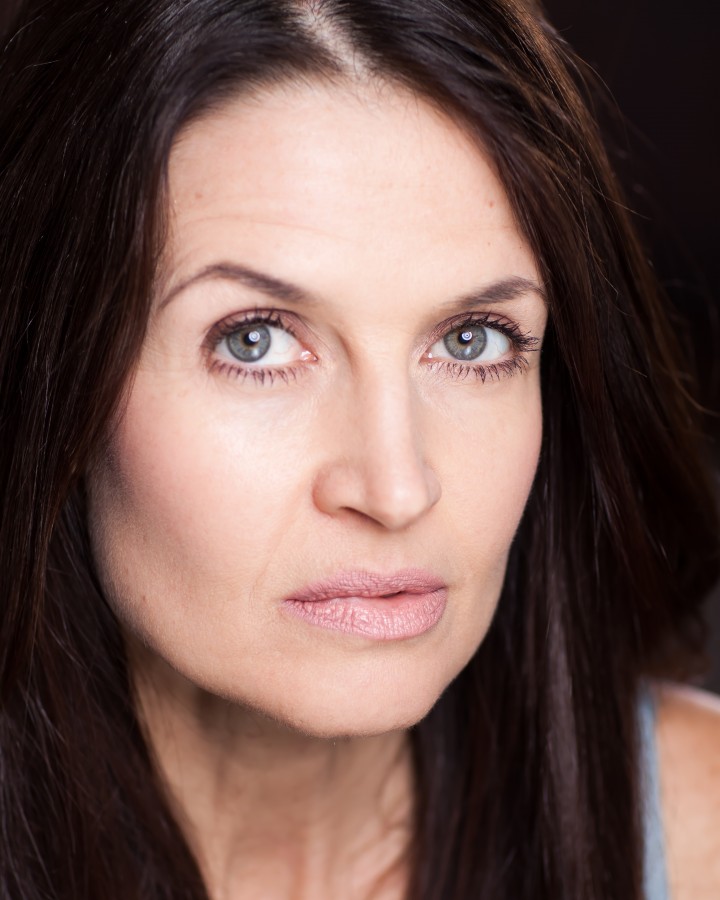 My 8 principles for transformation 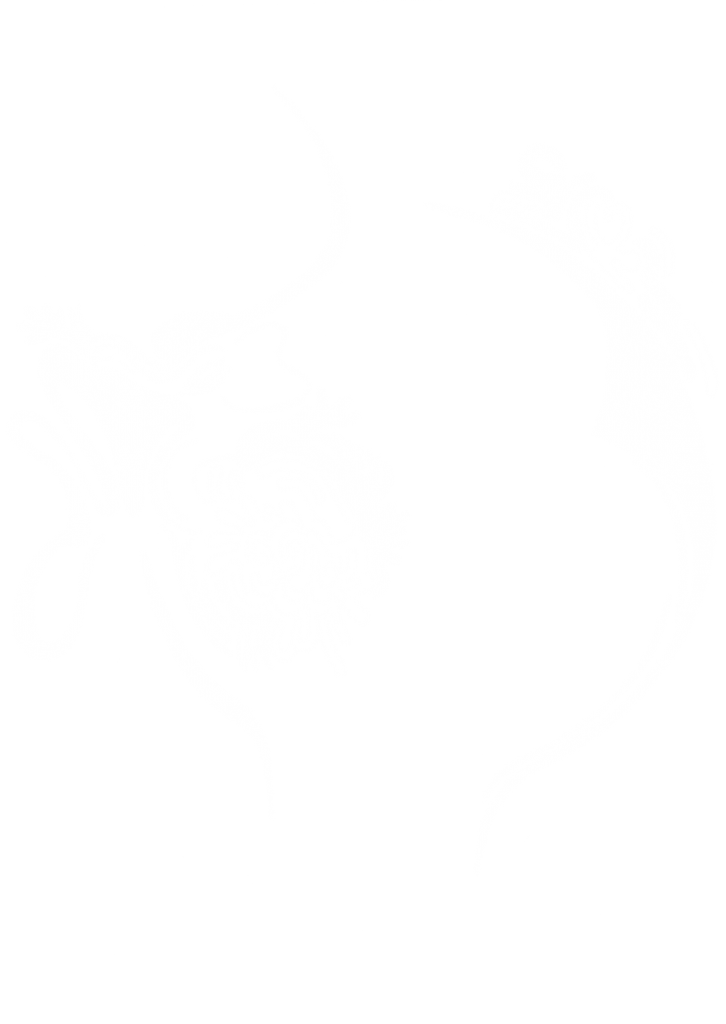 I stumbled across doodling while on tour with The Sound of Music in China in 2015. My friends on the tour were very creative and were constantly trying new things. I was a very keen artist in my junior years and mostly drew trees and horses. I did love to draw!! I remember working with black pen on one particular project so I was excited to re-visit that technique again with doodles. Doodling was a cool way to pass the time between scenes or shows or in my hotel room at the end of a long day. It relaxed me.

The main doodle I’ve used for the cool mindz logo, I have re-created from the first doodle that I did in 2015. I’ve included all of my personal doodles into the artwork for the website and will continue to share my journey with doodling as we go along.

For me, doodling is a way of expressing your own unique creativity by allowing yourself to randomly take your ideas in any direction you choose. It’s more conscious and yet it’s not and the end result can be quite surprising and gratifying.

It’s one of the tools we use to navigate our way through your life and bring you to a better, healthier and more creative place within yourself.

Read More
“I met Taryn in a transitional moment in my life when I was feeling overwhelmed and insecure. I wanted to make some important changes as I felt quite stuck in an unfulfilling situation, but the choices I had scared me. Talking with my family was confusing me, so I asked Taryn for help. I still remember how uplifted I was after the first time we met. Taryn was able to deeply understand me, she made me see my situation in a different light, and I started feeling braver and less anxious. Now I’m happy, I quit a stressful job, I moved and started studying again. Taryn’s light and authenticity were incredibly precious to me and I am very grateful for her help.”

Letizia MaculanStudent, Italy
“I have known Taryn Sudding for around 18 years. She has the most beautiful, light and loving energy which always makes me feel safe, and immediately lifts my spirits. As someone who has worked to coach others in life as well as being a counsellor, I am able to recognise the qualities needed in someone to be able to successfully help others. I find myself being able to open up to Taryn and share my challenges and troubles. I always leave my interaction with Taryn with direction and steps that I can take to move forward with more certainty and ease. And not to forget lightness and more joy. Taryn is an asset in anyone’s life and I am immensely grateful that she is in mine.”

I’d like to introduce you to Mikayla Yeo, my first official cool minder.

We met on The Sound of Music in 2014. She played little Gretl and I was cast as the Baroness. We then performed together in Annie in 2016, Mikayla was Molly and I played Grace Farrell. I worked closely with the children on both productions so I still have great friendships with some of them and their parents.

Mikayla’s mother, Leanne has been very supportive over the years, so when I visited South Africa earlier this year (2020), they both came to a little reunion I had in Cape Town. Mikayla mentioned that she had experienced a difficult time in the past year.

I’m a natural empath and have always had a special connection with her, so when cool mindz grew to the point where I felt I needed to test it with someone, I approached Leanne for permission. They were both very supportive and keen, so our lessons began.

I had a lesson structure laid out of about 15 lessons, but as I worked with Mikayla, the structure and order changed, pretty much as is the case in life, we adapt and change with each moment and lesson.

Mikayla and Leanne, I’m so incredibly grateful to you both for your support. Mikayla, you are an absolute joy to work with. Your honesty, generosity and faith in me is not something I take for granted. You’re an incredibly brave girl and wise and grounded in all the right things. I couldn’t have been given a more perfect person to work with to begin my role as a transformation coach than you.

Thank you for your open, kind heart and your willingness to support cool mindz. 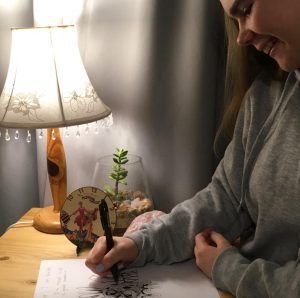 My name is Mikayla Yeo and I am Taryn’s first cool minder.

So far I’ve had 6 sessions and I’ve already learnt so much about myself. In each session you will be presented with new challenges and do things you didn’t realize you enjoyed so much. The space is safe and I know that Taryn has my best interests at heart. She is someone who has life experience and wisdom that we can all learn from. You will receive feedback from her after each session so you know exactly what happened in the session. I’ve also got my own cool minder book that contains so many life tools. Since starting this program I’ve felt more positive and creative than I felt in a long time. I’ve been given affirmations that apply to me. Working with Taryn so far has been so much fun and I’m looking forward to the rest of my sessions. I truly trust and know that she just wants me to be the best me I can be. She has made me realize my importance in the world and she makes me feel so special and unique.

To give you an idea of what you could expect from working with me, Mikayla has kindly allowed some of her work to be shared on the website.

Her first doodle titled, “Every child is an artist” – Pablo Picasso, is from her first lesson where I asked her to draw herself in a way she had never done before. I’ve provided a simple breakdown of what she was communicating in her drawing. 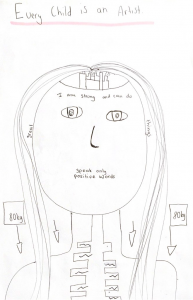 The brain – a factory, constantly working, restocking, producing waste, bringing stress and uncomfortable emotions. You are tired and overworked, working in the factory.

The eyebrows and ears– she drew, “I am strong and can do great things.” She said you sometimes forget they are there, but they’re important.

The eyes– you see the world through your eyes.

The mouth– she drew, “Speak only positive words.” I asked if she felt she only wanted to speak positive words or if it’s expected by others. She said both. She said it’s easy to talk about negative things, but it’s not ok. She said she wants to be positive, but that we should talk about everything to solve issues.

The shoulders– each shoulder has 80 kgs of weight resting on them.

The spine- is cracked and broken, showing the difficulty of managing the weight that is bearing down on her body.

In another lesson, I gave her the title, “I am brave, I am bruised, I am who I’m meant to be, this is me”- The Greatest Showman.

The centre of her doodle is a ball of wool. This is her anxiety. It gets wound up and then unravels and while this is happening, it get’s knotted and this is painful.

The top and bottom images were drawn with not much thought around what they could be. I saw an open lotus flower at the top and thought the bottom section could be pain or bruising.

On the right of the ball of wool/anxiety is a mountain, with slopes that go up and down, showing the highs and lows and above that she drew a hospital sign, which she said is the bruised part of her doodle.

On the opposite side, she’s drawn a dark object which represented something sharp and painful for her. I saw a little fox peeping out from behind.

I thought this doodle was very powerful and unapologetic. 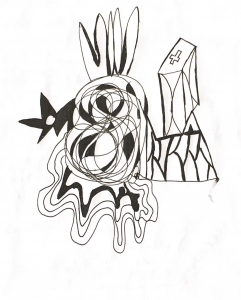 Mikayla’s insights are really exceptional and we’ve had some profound discussions in our lessons so far.

The most important thing is that she is enjoying the process and I feel she is beginning to settle nicely into her own way of expressing herself through her doodles.

In her latest feedback about her lessons, I asked if she had noticed a change in herself.

She said that she feels she has a deeper understanding of what she is feeling and thinking and is becoming more aware of what’s going on around her.  She also feels that she has become more creative and open to doodling.

A doodle a day

I gave Mikayla the task of doing a doodle a day with the headings ‘Mind’, ‘Body’ and ‘Soul.’ The instruction was to do a doodle every day, choosing which was strongest for her on that particular day. Was she in her mind the most, in her body more, or did she feel soulful and relaxed.

She has shared her favourite doodles from that exercise and has told me she wants to carry on with her ‘doodle a day.’

The first is ‘Body’, the second is ‘Mind’ and the bottom is ‘Soul.’

Check out the blog

A life without gratitude isn’t a life well lived, in